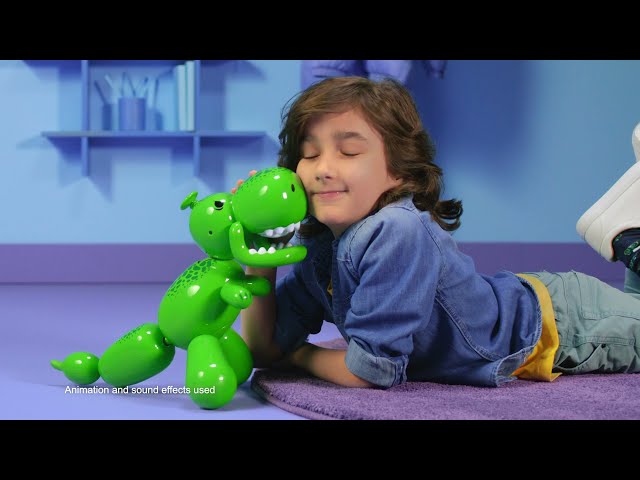 Totally interactive with 70 plus sounds and reactions, he loves being pet and tickled as well as playing games with you.

Squeakee Dino is Bursting with Personality
Squeakee Dino stomps, chomps, and dances! Pet his nose and he will nuzzle. Keep petting him and he will walk in his funny balloon way! He also has a big chomping balloon mouth full of teeth. Careful he loves a good chomp. This guy just loves to move. Check out his cool dance moves as well!